The scene I would like to present could be a promotional art for a computer game, which action is set in the Star Wars universe as the continuation of a galactic conflict between jedi and sith. The illustration could be placed on many kinds of promotional materials such as a game box or billboard, both in the vertical and horizontal positions. The character on the illustration is a woman, a dark Sith knight, which opposes the highest order. Her adventure takes place on the galaxy’s Outer Rim. The mood is deliberately so dark and overcast because it determines the scale of the battles fought by imperial and rebel forces. The character has been singled out against the backdrop of a glowing moon to directly focus attention in the background of the battle. The whole heralds the coming of epic battle and dark times.

We created a logo of conceptual Star Wars history based on existing games. 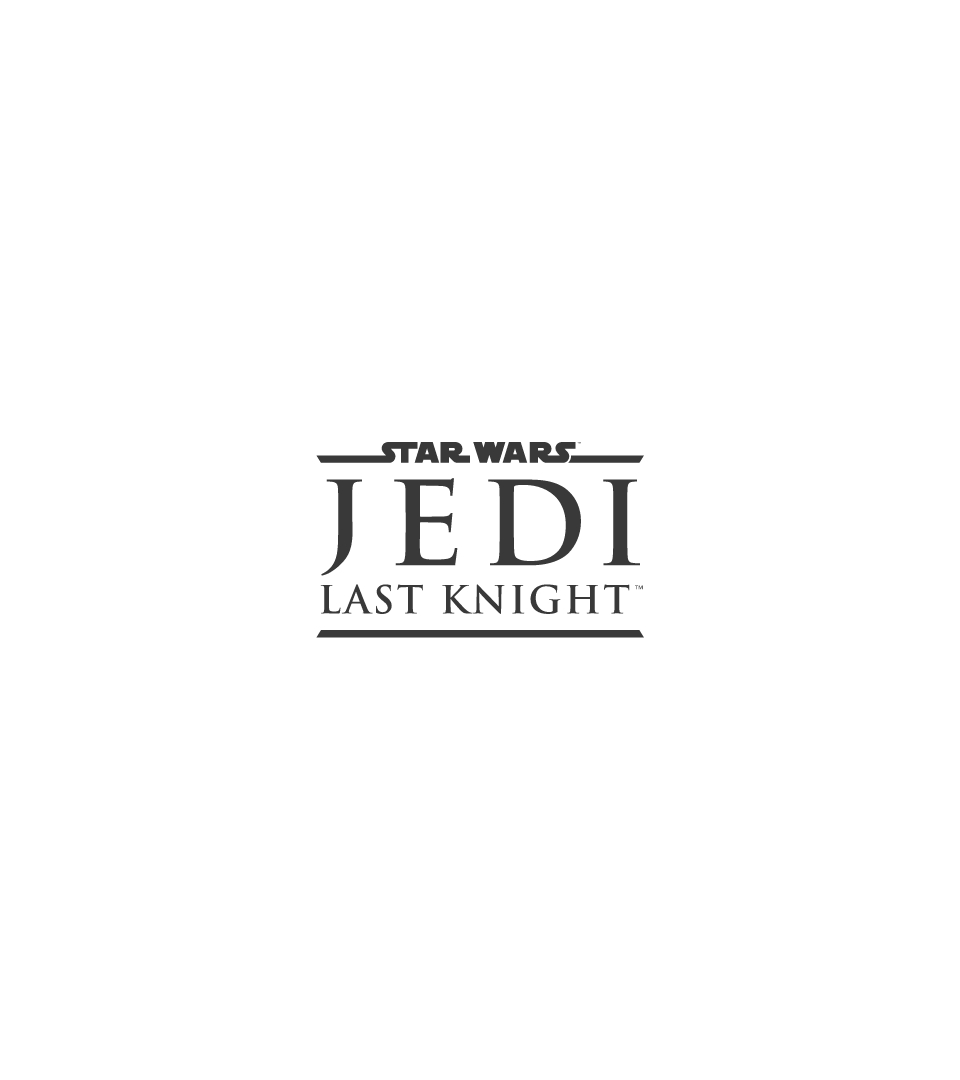 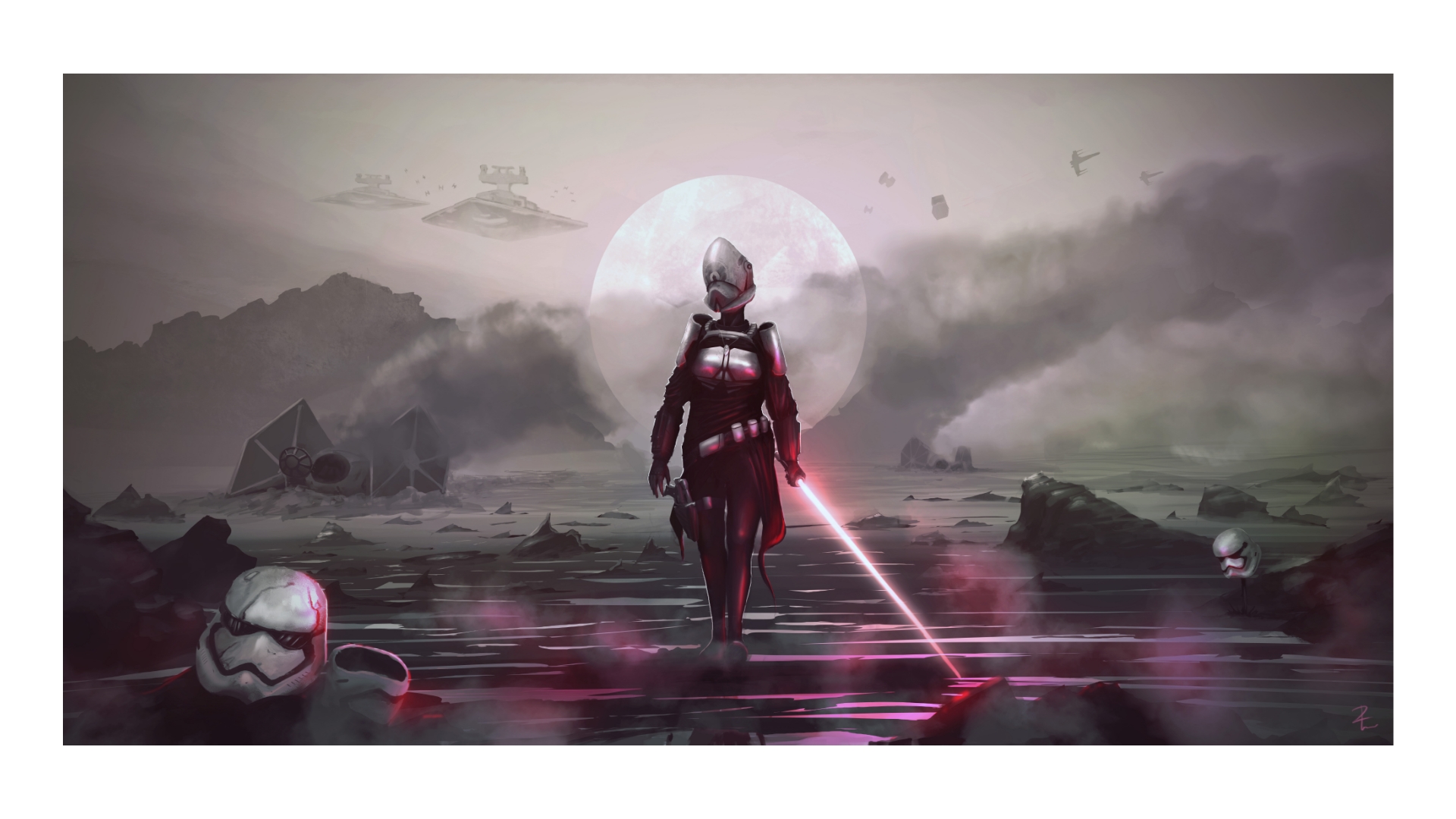 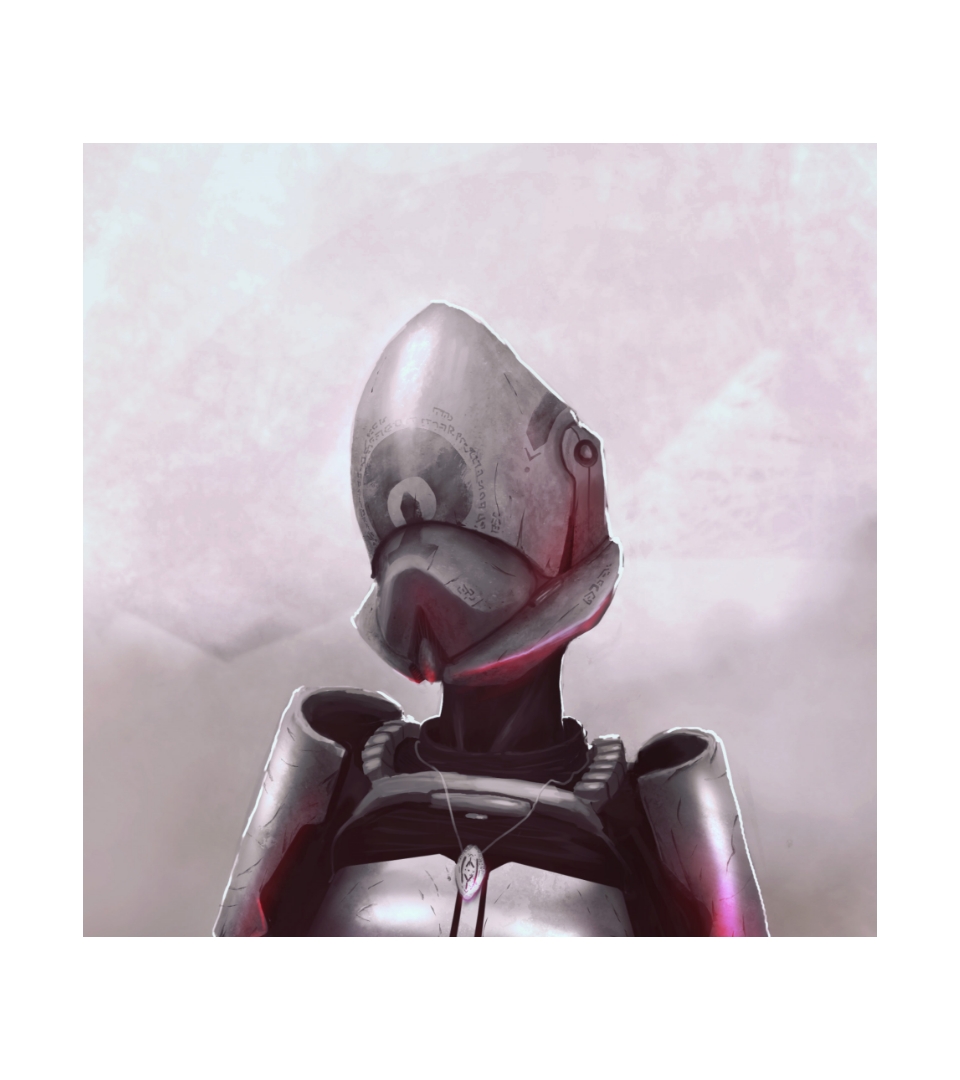 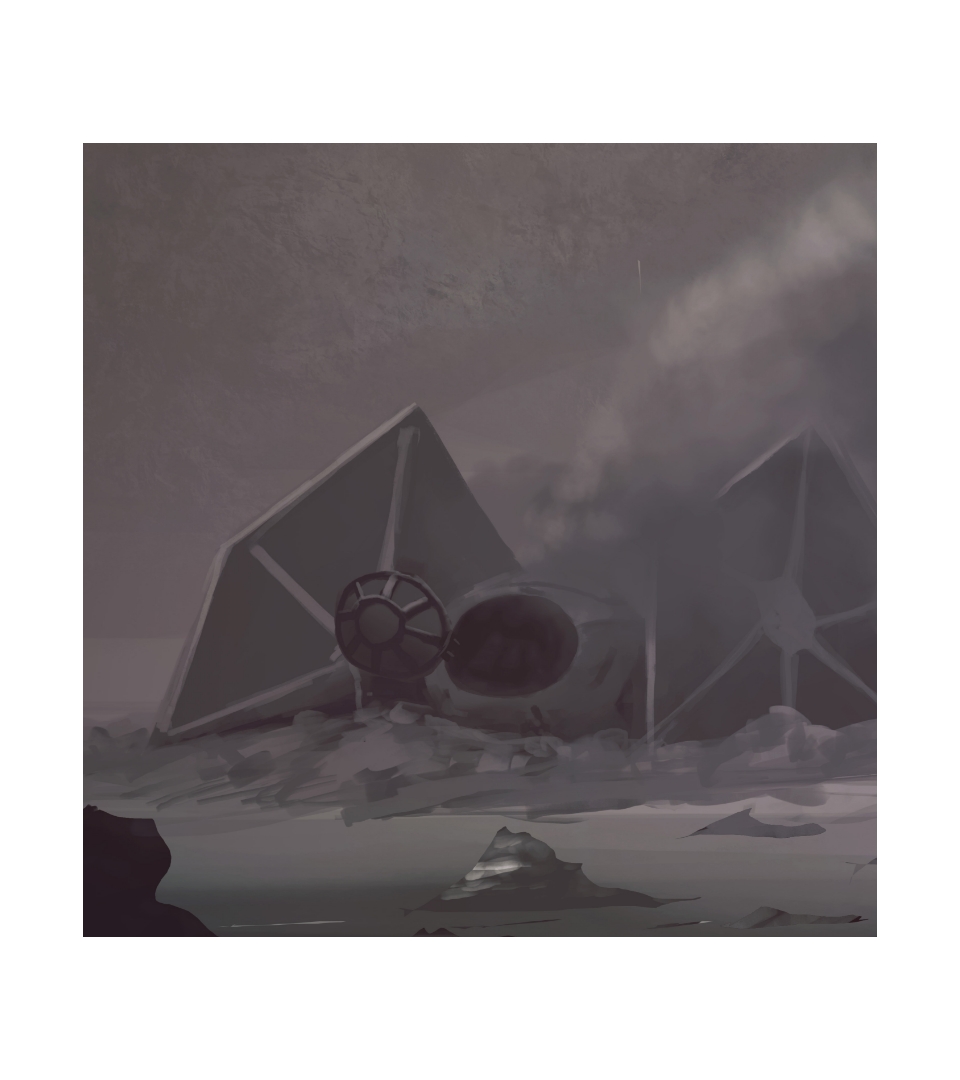 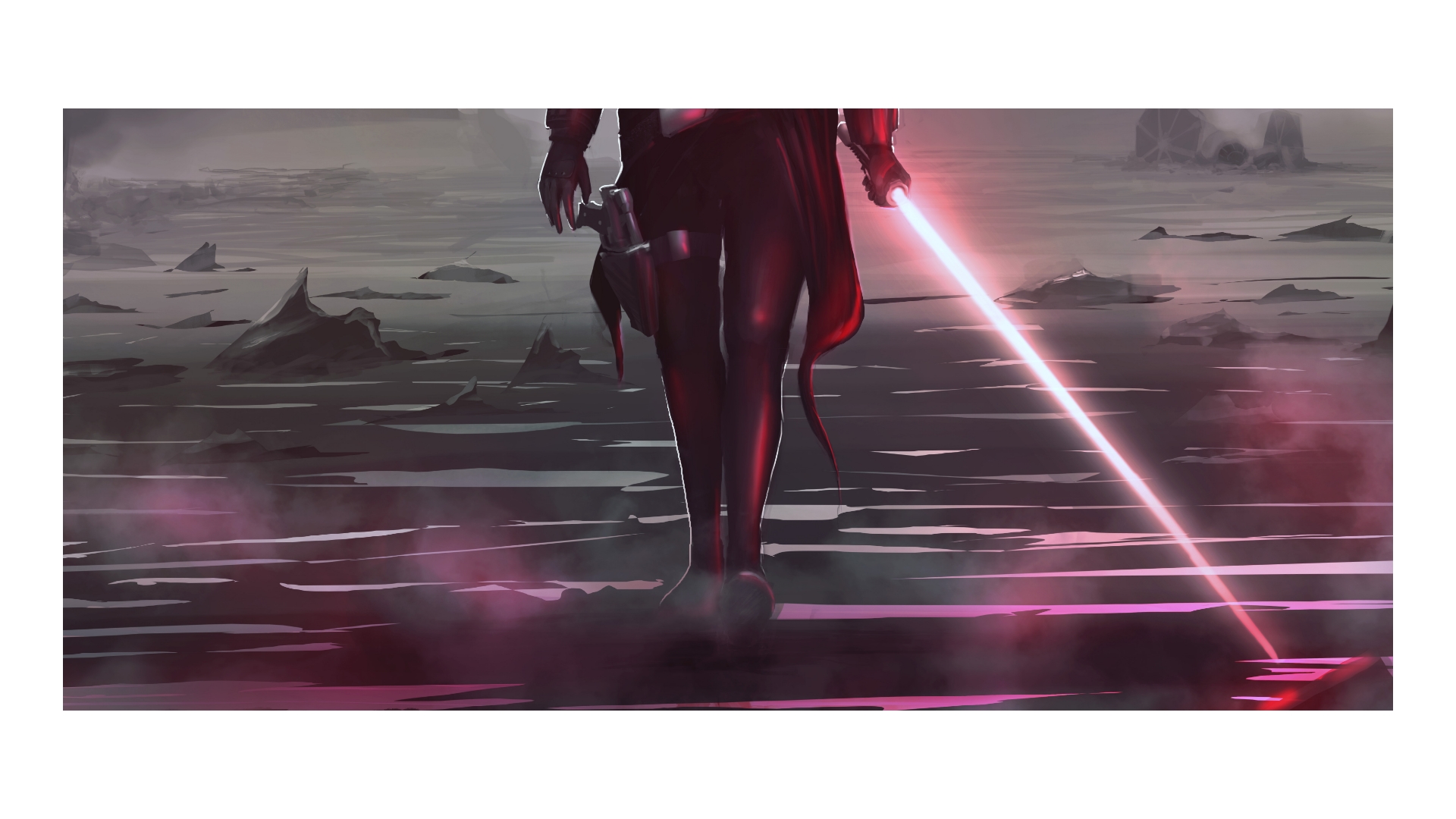 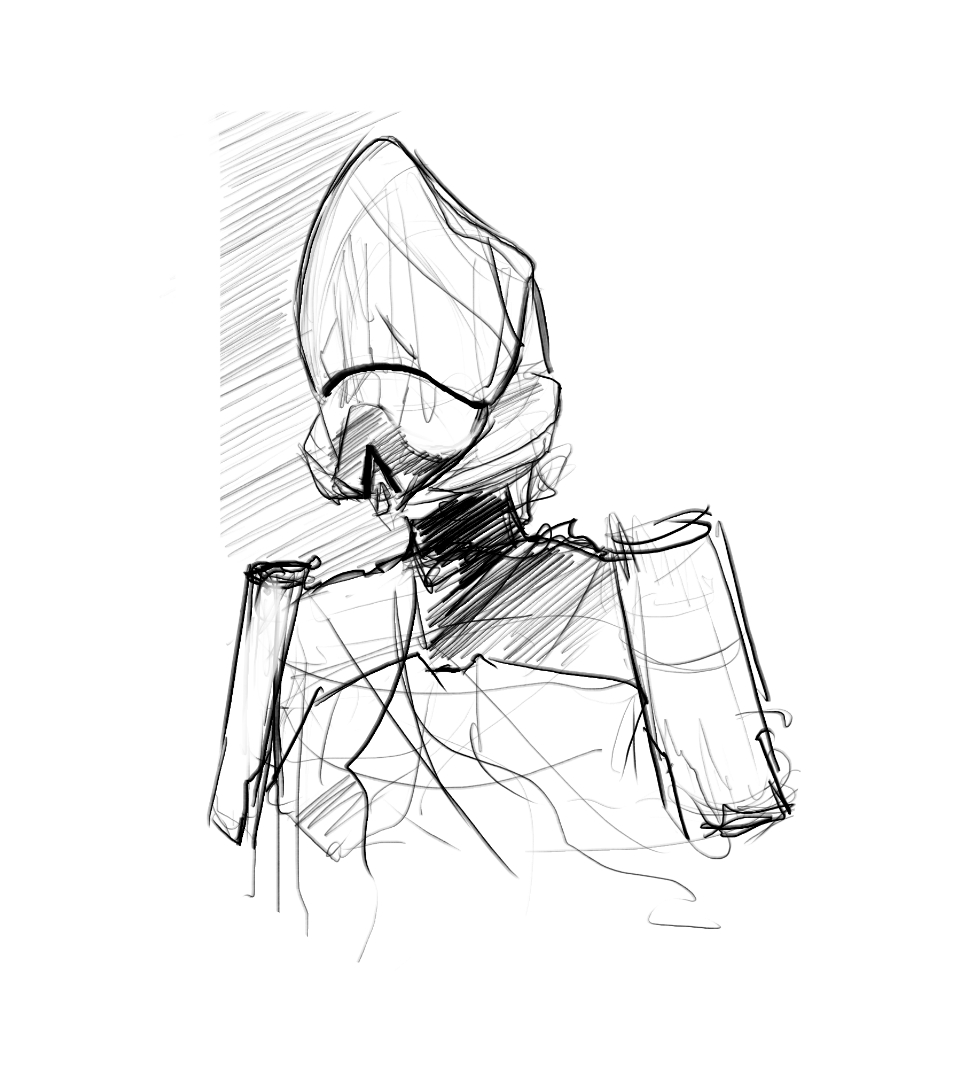 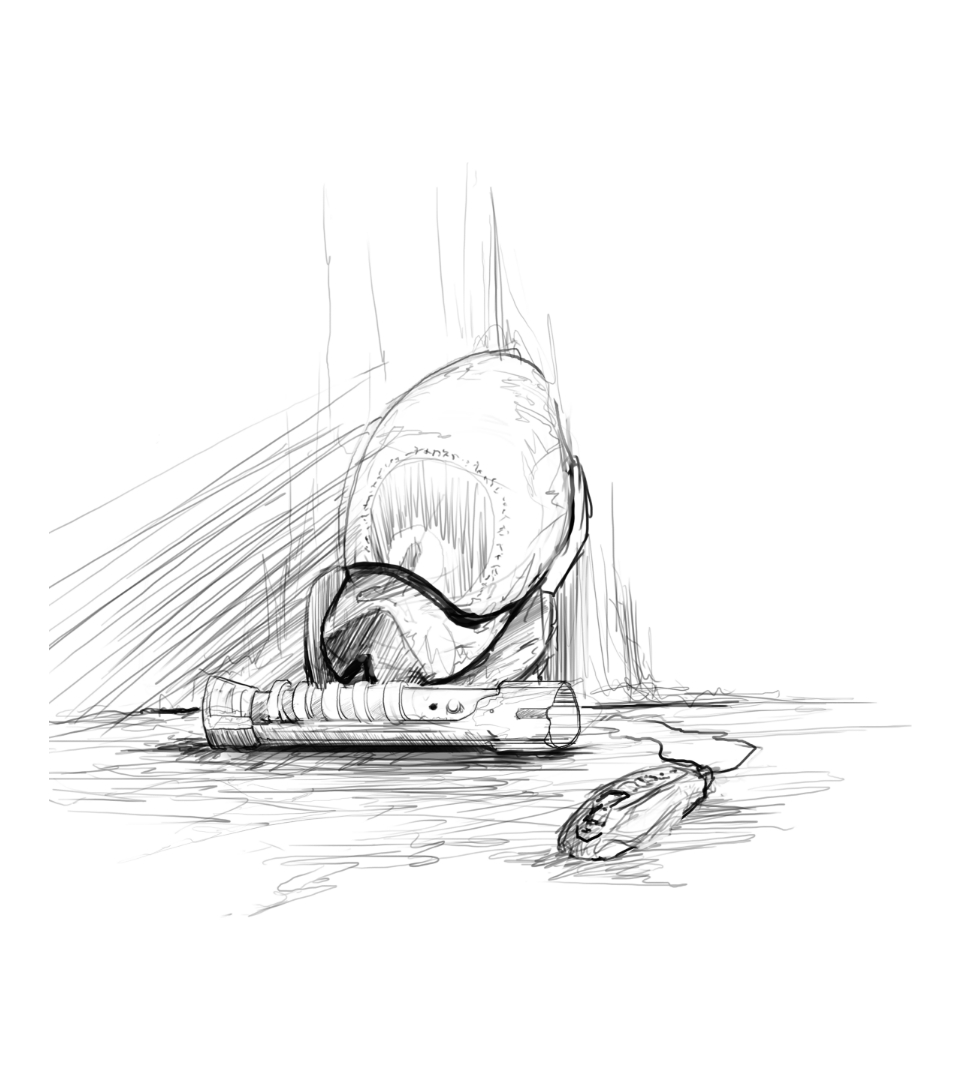 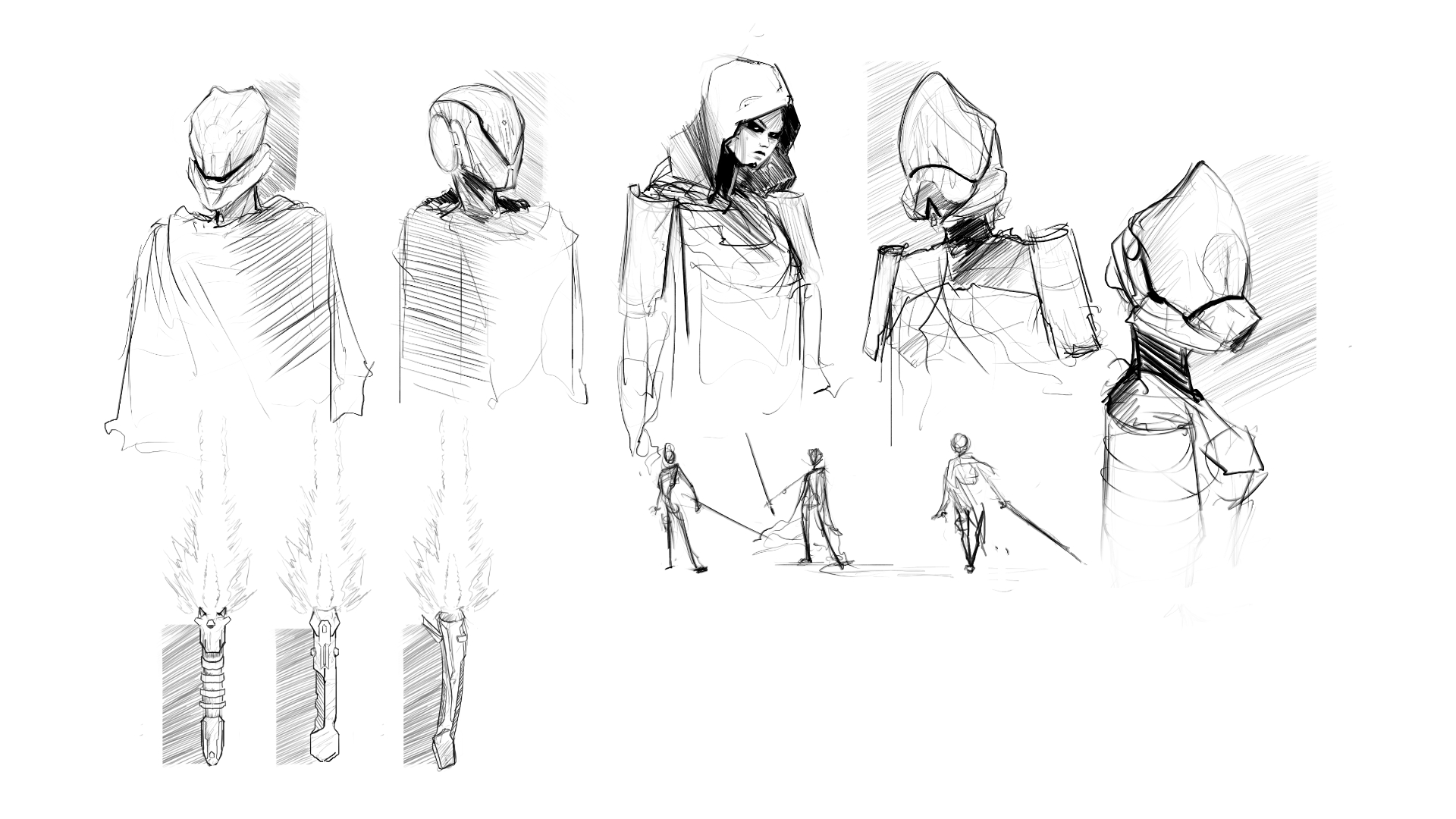 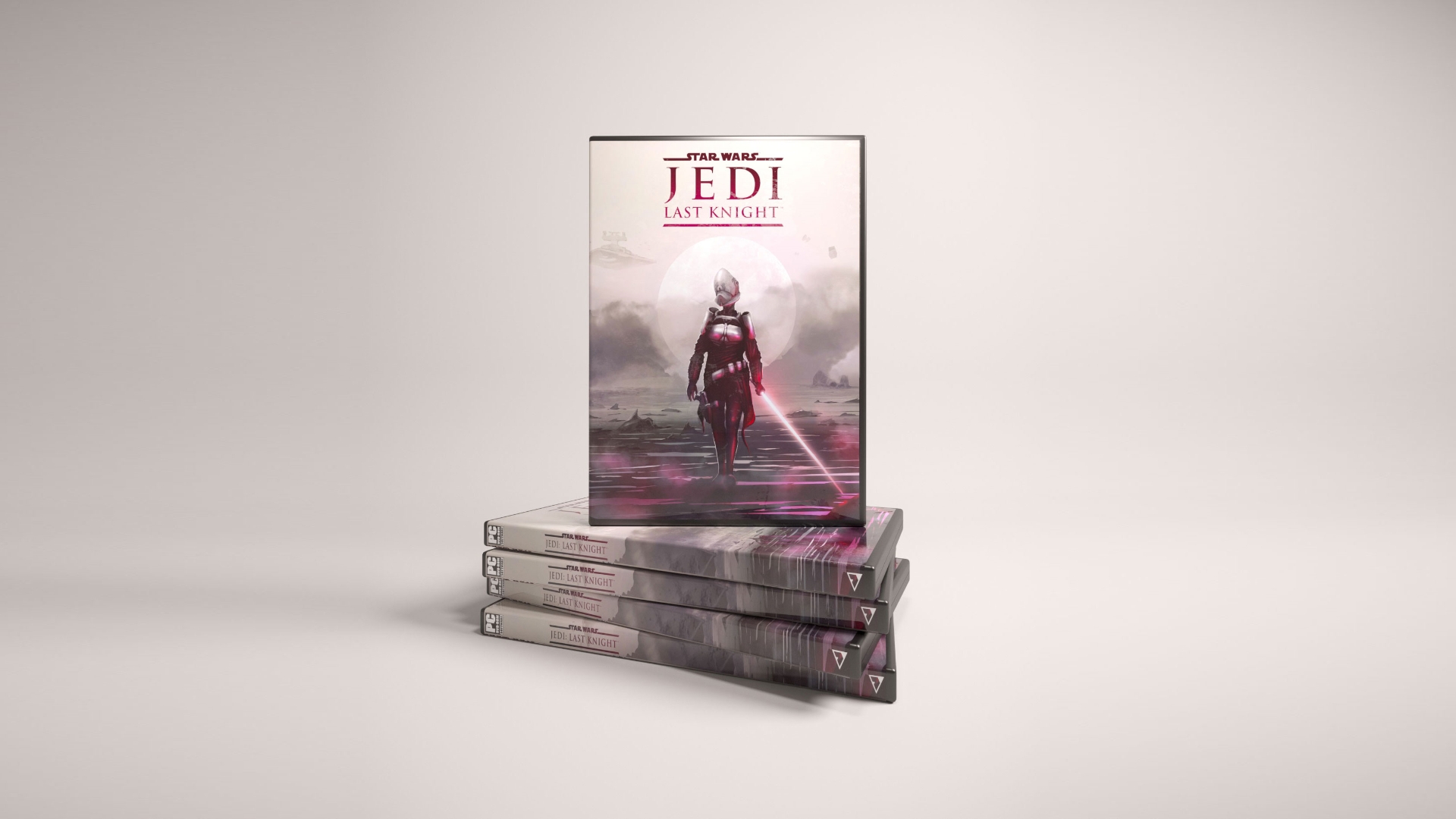 We use cookies (so-called cookies) and other technologies on our websites, including for statistical purposes. By using our pages without changing your browser settings, they will be saved in the device's memory.

The web browser you are using is outdated, so the website may not display in the correct way. Recommended browsers: Chrome, Firefox, Opera